All news
Prev Next

We're heading south in search of warmer pastures, and up first is Atlanta, the 'city in a forest!' 🌳. Atlanta has fascinated us since our launch last summer and we're excited to MARTA around this bustling city. 🐝 🍑 Joining us to chat this week are two ATLiens and local transit experts, Alyssa Davis and Bakari Height! 🥁🥁🥁 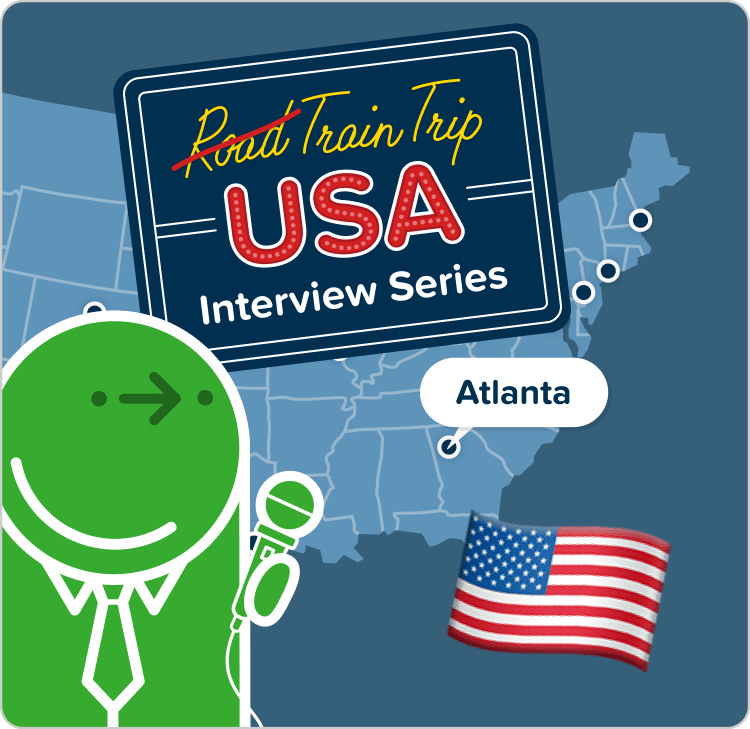 Alyssa Davis is the Executive Director of the Sugarloaf Community Improvement District, a self-taxing district made up of commercial property owners in the heart of Gwinnett County. In this role, Alyssa is responsible for leading the day to day operations of the CID to ensure the long-term success of Gwinnett’s premiere business and entertainment district. Before joining the Sugarloaf CID, she worked for seven years at the Gateway85 CID where she managed the CID's plans and transportation projects. Alyssa has a Master's of City and Regional Planning from the Georgia Institute of Technology, and she is a member of the American Institute of Certified Planners (AICP). She is also a graduate of Leadership Gwinnett and the Regional Leadership Institute and President of Advance Atlanta, an advocacy non-profit focused on championing regional transit. 🚀 🙌 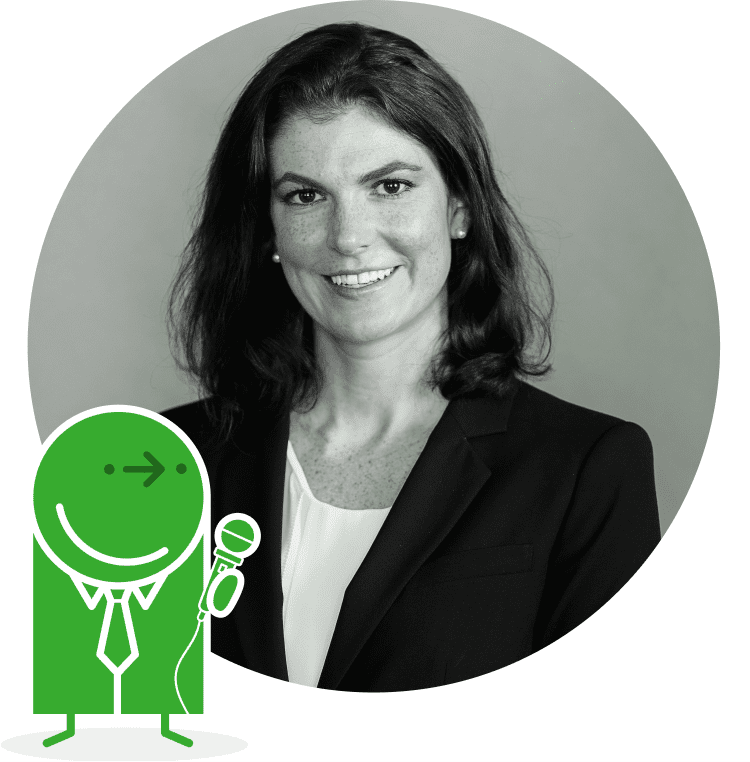 Bakari Height is a budding leader in the transit community in Metro Atlanta. As founder and president of the MARTA Army, he is dedicating his work to shine a brighter light on equitable transit across such a sprawled-out Sun Belt City. 😎 👌 His organization allows users of transit to empower themselves to better their system through clever tactical urbanism projects like adding real-time arrival info at bus stops, crowdfunding over $10,000 for trash cans at bus stops, and volunteer efforts that connect users with the transit agency during the Interstate 85 bridge collapse. He has also worked for various transportation organizations, such as the Georgia Department of Transportation, Atlanta BeltLine, City of Atlanta, and the Dallas Area Rapid Transit. 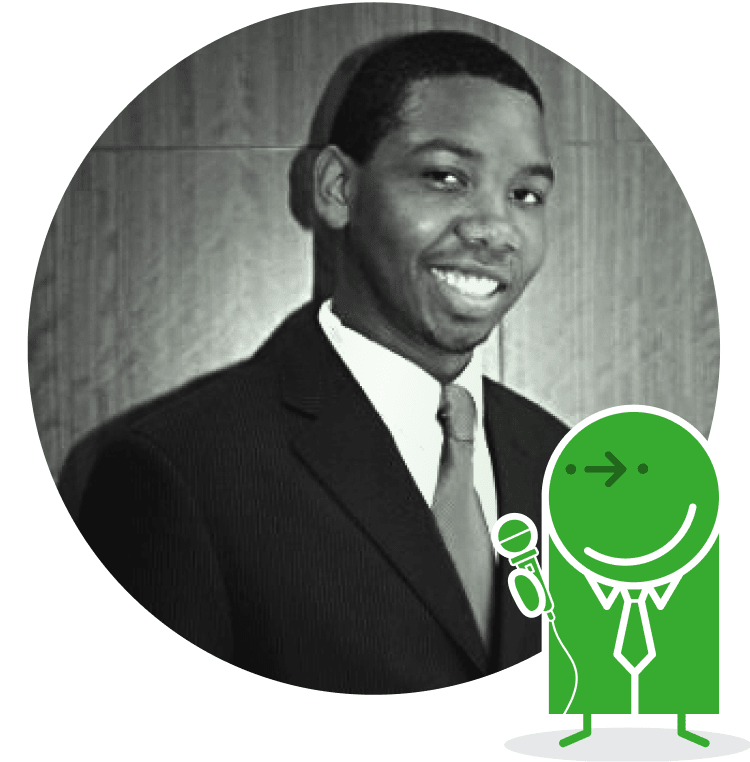 In light of Black History Month, we wanted to ask you: from funding, planning and infrastructure, to design and policing, how do we build a more equitable transit system in Atlanta?

Alyssa: Equity has to be a driving principle from concept to planning to funding to implementation. Projects have to be measured and evaluated from an equity lens 🔍. And we have to do a better job of involving historically underrepresented communities in funding, planning, and implementing projects. 🙌 🙌

Bakari: Atlanta must provide more service to the neighborhoods of color. Historically, the southern part of the metro area has held the largest transit share, but has not received the majority of the higher frequency services. Clayton County will be a true testament to this, given its large transit dependent population, of deserving higher frequency service given its distance from the employment centers, but high ridership counts even from their only having MARTA service for five years. The southern reaches of DeKalb County and Southwest Atlanta also deserve this type of upgraded service. We must be careful, however, to make sure these upgrades don't become tools of gentrification by forcing out the riders that we are trying to attract. 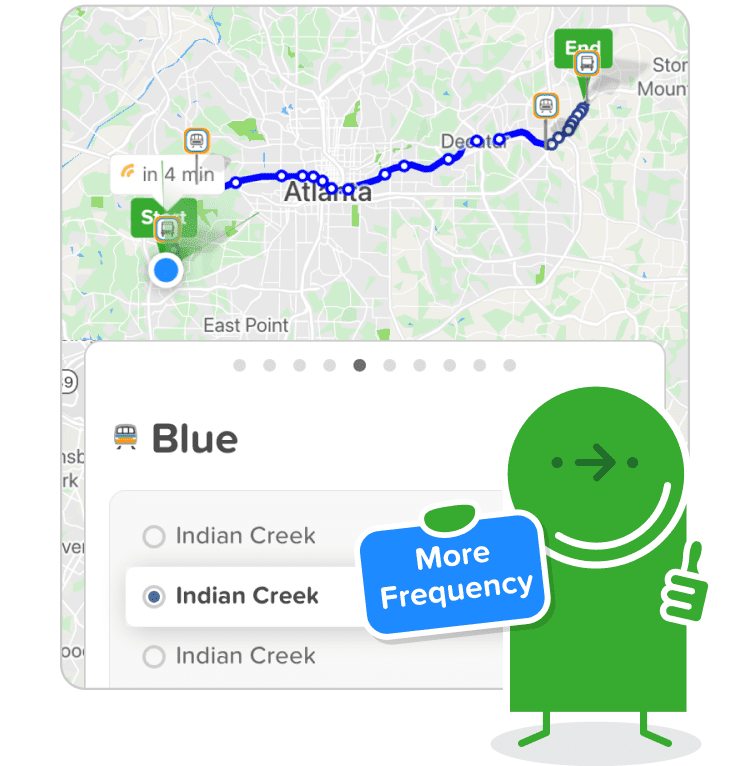 Tell us about the current state of public transit in Atlanta

Alyssa: Public transit in Atlanta is limited for a lot of people. MARTA rail service 🛤️ is great for the corridors it serves, but unfortunately it has not been expanded as originally envisioned. We need better transit service across the region, to connect the cities and the suburbs. That includes high-capacity service and more frequent, reliable local bus service as well.

Bakari: It is adequate for a city of its comparable size, but there’s still much room for improvement. We are fortunate to be the first southern city with heavy rail, and with overall higher ridership than most of our Southern peers. However, the state of Georgia has restricted much of our upward mobility by not funding the system 🚊 💸, and the suburban counties have been slow to build a regional transit force.

What are the three most important actions that Atlanta can take in order to improve public transport across the city?

02 - Prioritize improvements to the existing system.

03 - Expand transit in the city and suburbs.

We need to defeat the stigma of the bus being bad 🚌 👍. We also need to focus on increasing density in spots where transit would be most useful through zoning and building incentives. Finally, we need to envision transit as the future of transportation in metro Atlanta if we want to continue being a mecca in all things culture and commerce.

Citymapper has recently launched features and partnerships that empower active travel. How do you see these modes changing (or evolving) in a post-COVID era in Atlanta?

Bakari: I don’t ever see them disappearing as they are a cornerstone of last-mile connectivity. I only see those partnerships growing especially as an attractor to regain the pre-COVID transit ridership. 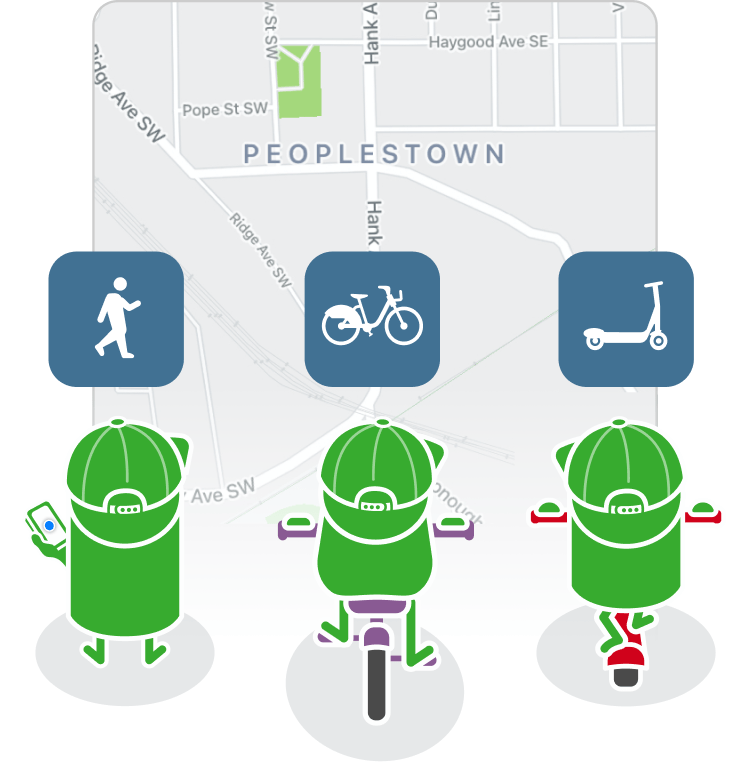 In a world where we're successfully coming out of the pandemic, what needs to be done to encourage residents of Atlanta to ride public transit without worrying?

Alyssa: I think the transit providers have done a good job of COVID mitigation, but I think many choice transit riders will have to feel like COVID is no longer a concern before they get back on buses and trains. 🚍 🚆

Bakari: Communication 🔊. Before, MARTA was there for those who needed it and wanted it. Now, there needs to be communication of how MARTA has changed the filters, hosed down stations, and ensured proper social distancing and enforcement of masks. 😷 💡 Their YouTube presence has made this possible, but the message needs to be communicated much louder.

Are there any lessons, case studies, innovations that other American cities can learn from Atlanta?

Alyssa: The Atlanta Beltline is probably the best case study we have. ☝️

Bakari: Buford Highway is our six-lane, multi-cultural corridor that has had more pedestrian fatalities than great transit solutions. It currently holds the highest-ridership bus in metro Atlanta, and much improvement has been done to increase walkability with the addition of HAWK signals and mid-block crosswalks to aide many of the low-income people of color that walk the corridor. 👟 🚦 The lesson is more of using the space that you have before someone gets hurt.

How can Citymapper support the future of transit / movement in Atlanta?

Alyssa: Providing information to make it easy to use transit is critical, so an app that helps people navigate transit is important to encourage more people to use it. 🙂 💚

Bakari: Place your technology in the hands of people like me and support us as we spread the good word! 🤩 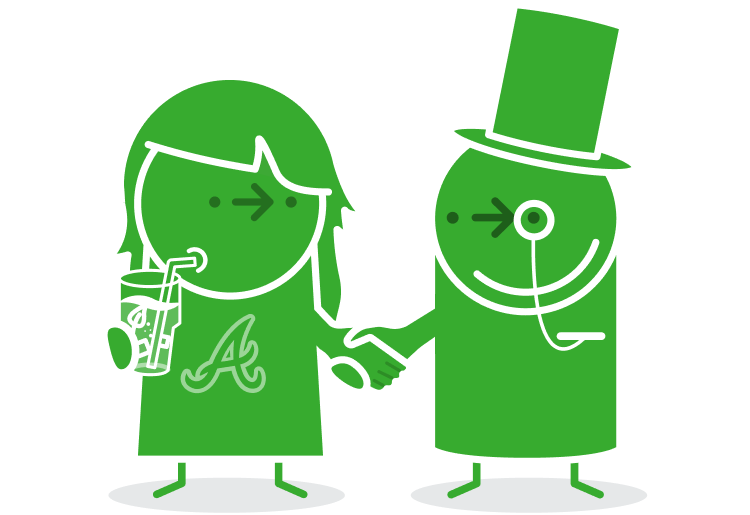 Alyssa: I like how easy it is to compare different modes. 💚

Bakari: The 5-15-60 minute walk 🚶 radius feature. It is wonderful to get a sense of how long something is within a distance. 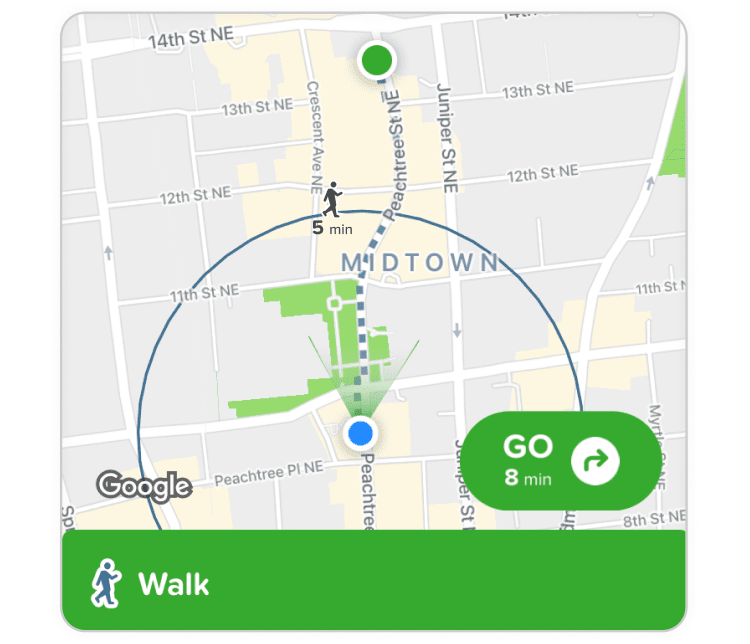 Tell us about your favorite journey in Atlanta and what makes it special.

Alyssa: It may sound cheesy, but I always enjoy the MARTA ride from the airport after being out of town. 🛩 🏙 One thing Atlanta has done really well is making it easy to take transit straight from baggage claim. And I just enjoy that ride coming back into the city after being away.

Bakari: Once, Chick-fil-A did a giveaway and I mapped out all of the closest locations to transit. I must have gone to at least 10 locations that day, which would have been more than what I did in Dallas by car. 🚉 🤤 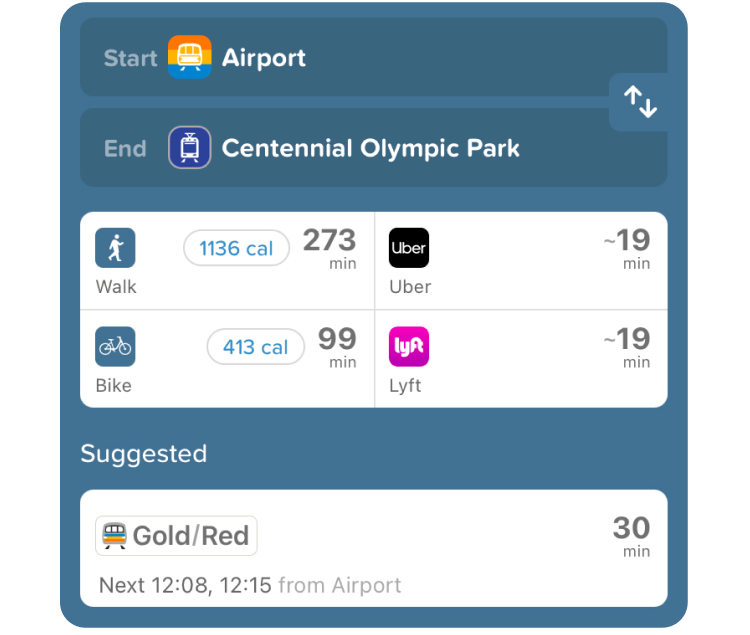 Do you have public transit envy of any city in the US? If so, why?

Alyssa: New York 🍏, because I lived there without a car for three years and got around by taking transit and walking to get everywhere.

Bakari: Philadelphia 🔔 That city has nearly every piece of transit known to man - subways, regional rail, streetcars, electric trolleybuses, local buses, interstate heavy rail, and even ferries. To me, it is a transit paradise. If you get tired, you can board a regional rail and travel to two other states. 👍

Bakari: Washington DC. That is my second home. If I ever left Atlanta, I would move to a comparable city to Atlanta and DC fits that bill. The food is good, there's culture especially within the Black community, you can live there without a car, the clubs are nice, and I am within three hours from the rest of the Northeastern megalopolis.

Favorite transit meme of all time? Which one is the G.O.A.T?

Alyssa: The MARTA interrupting bus (from when a MARTA bus pulled up and blocked the Weather Channel's view of the Georgia Dome implosion).

Bakari: C'mon...we created it! The Georgia Dome Implosion of 2017 blocked by the MARTA bus! 🚎

Alright, we're hanging around in Atlanta for a minute 🏠. Tune in same time next week for more badass guests 🎙️!!

PS. Have any thoughts on movement in Atlanta? Should we come to your city next? Don't be shy - drop us a line here or tweet at us @Citymapper

P.S.S. Late to the party? Catch up on the rest of our U.S. Future of Movement interview series: